Why is the ABC #1 hit show “Modern Family” so popular and winning so many awards?  Multi – Dimensional – It’s really three shows in one, interwoven together which keeps it fresh, exciting and holds your attention.  The writing, acting and story lines are top notch – so when all of the ingredients are mixed together, you have an unusual, fresh, exciting Multi - Dimensional hit! 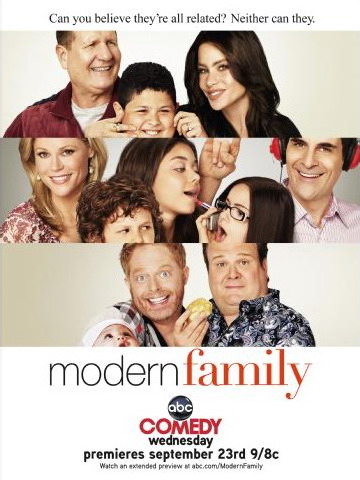 Why is BIG SHOW DUELING PIANOS analogist to Modern Family?  It’s a Multi – Dimensional hit!  Most dueling pianos acts are only about comedy, funny bits and trying to play every song or request with just the piano.  That’s it, over and over for the entire show.  With BIG SHOW DUELING PIANOS, we diversify, utilizing multiple talents and multiple ways to communicate those talents which keeps the show exciting and fresh.  Do we do comedy? – YES.  Do we do comedic bits? – YES.  Do with play songs with just piano? – YES.  But, here is why we are unique and Multi – Dimensional.

First – we are not part of a stable of “players” that are thrown together with learned, scripted comedy, funny bits and armed with a list of songs that the “home office” says are surefire crowd pleasers to be plucked out on piano only.  We are the same two guys that have been together for almost a decade with thousands of spontaneous Multi-Dimensional, incredibly successful shows under our belt.

Second – we are both world class vocalists.  Just listen to the vocals on our video and compare with other dueling pianos vocals – NO Comparison!  It makes a huge difference when we can sound like the artists we are emulating and the audience responds to our vocal ability instead of trying to be funny on every song in order to mask the lack of the ability to sing.

Third – We are both respected and accomplished musicians.  Our piano chops are second to none.

Fourth - We have the ability to sound and feel like a kickin’ band. For example, when we do a request song like Sweet Home Alabama it isn’t just the iconic riff and groove trying to be plucked out on the piano.  It sounds like Lynard Skynard and we make sure that the crowd sings instead of us on the chorus.

Fifth – When we play a song that has the smokin’ band sound and groove, we encourage anyone who wants to dance, to do so.  Most dueling piano acts do not encourage dancing, but we consider it a dimension of our show.  For example, we might play Piano Man with total audience interaction and sign along (plus other surprises we do), then play Forget You (by Ceelo Green) and have people dancing (dance floor or not) while the rest of the crowd sings along.  After that, we might get people on stage to perform a funny bit.  Multi – Dimensional KC Dueling Pianos!

Sixth – Instead of trying to do something funny to pull off songs like Gangnam Style or Baby Got Back on the piano, we sprinkle in the “real deal” at just the right time, playing the song DJ  style through our sound system.  The crowd leaps to their feet and dances to the song, which we lead and have people sing a long, both on and off stage.  This is a Kansas City dueling pianos dimension that takes the event over the top and is not done by your typical dueling pianos act.   Multi – Dimensional!  We might then go into tiny Dancer or You don’t Have to Call Me Darlin, Darlin on just piano, weaving back into sing along and comedy.  No one else does it this way.  It not only keeps things fresh and Multi – Dimensional, but it works, and works big!

All Contents on this Site and the Name and Likeness of Big Show Dueling Pianos are Copyright American Entertainment Solutions, LLC.  All Rights Reserved.